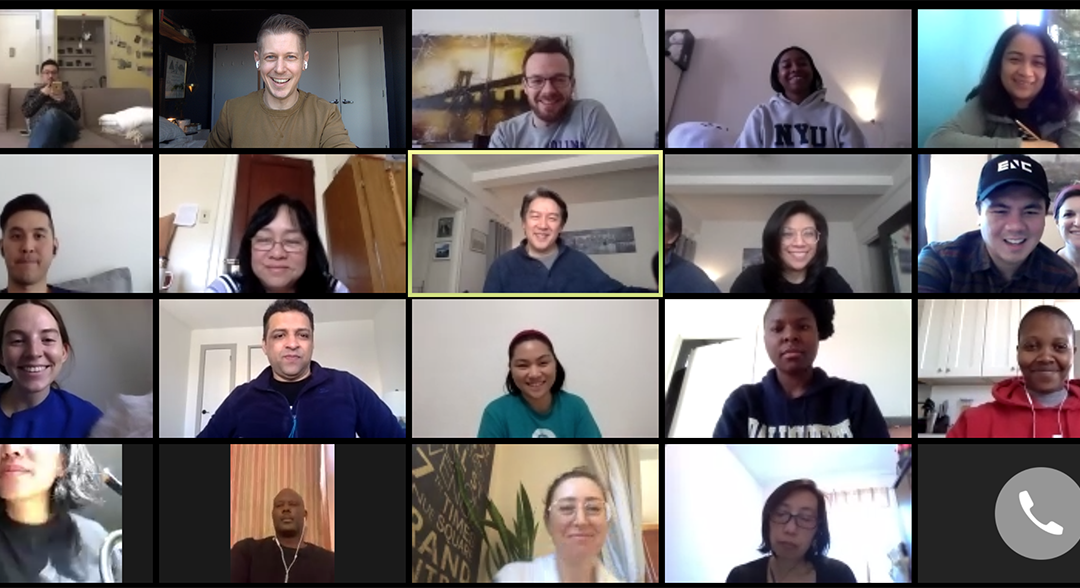 Throughout the quarantine, I’ve been thinking a lot about prayer and keep remembering one night in Baja, Mexico. It was my friend’s first mission trip and we were enjoying the warm breeze of the beach on our hotel balcony. We were simply unwinding from a long day of construction work and street evangelism when he got somber for a minute and then asked, “Kenny, how do you pray?”

I immediately thought of when Jesus was asked that same question, though as he expounded, I realized he was asking something a bit different. He explained how despite knowing prayer is simply talking with God, the only way he knew how to pray from his upbringing was through the rote repetition of the prayers of others. He described the way he had seen our friends pray during the trip and it stirred a hunger in him he didn’t know he had.

After talking for a bit, I realized he saw prayer as talking at God more than really talking with him. So, I stood from my chair, slid it over to him, and said, “Picture God is sitting in this chair next to you and talk to him how you’ve been talking to me.” After he looked at me a bit confused, I explained a bit more. “Ask him stuff. Listen for his response the way you pause to listen to mine. And, simply sit with him and enjoy the beach.” Then, I walked back inside and slid the door shut.

The next morning, after he laughed at me for the Mr. Miyagi method with which I’d left him, he told me he had never had such a touching moment with the Lord since he first started following Jesus. After taking a few minutes to slow down his mind, he explained how the simple shift of expecting God to converse with him encouraged him to stop to listen for a response. And God spoke to him! He had always seen prayer as such a formal religious matter. As such, he never made time in prayer to express anything personal, let alone paused to listen.

Now personally, I love this style of prayer. I deeply cherish hearing from God and simply making time to enjoy his presence. Might be that one of my love languages is quality time, but it is also how I was taught to pray —> “… for God is in heaven and you are on earth. Therefore let your words be few.”(Ecclesiastes 5:2.) And, I’ve thoroughly enjoyed the extra time in prayer this shelter in place has granted.

On the other hand, the type of prayer I tend to struggle with is being persistent in bringing requests to God, whether for myself or others. Often this is referred to in many churches as “intercession”. Since we’re a month into this quarantine and I am still receiving invites to new prayer calls, I decided it was time to ask God more about intercessory prayer. Funny enough, he brought me full circle to the initial passage I thought of when my friend asked me how to pray, Luke 11:1-13.

In this passage, Jesus has his disciples picture themselves going to a friend late at night because they need food to host a last-minute guest. Jesus said that even if they weren’t friends, the neighbor would give the food because of the disciple’s persistence in asking.

Every time I’ve read this in the past, I translated this in my head along the lines of be bold, persistent, or even “impertinent” (as the ESV translates it) in your requests to God. These may be true, yet I struggled with applying this truth to my prayer life. I thought that since God hears me and is going to answer me, why be persistent? Heck, part of me believed that if I kept asking God for something persistently that I somehow wasn’t trusting him.

But, I had never read this passage while considering its context in a hospitality culture. Jesus and the disciples lived in a culture where when they had a guest, they were expected to provide food. As part of the community, if you had spare bread and were asked for some, you would do so for the honor of the community. It was not an imposition but an expectation both to ask and to provide.

Imagine your paycheck was lost in the mail and rent is due in a few days. You reach out to your boss because you know they’ll rectify the situation. And because of the urgency of the situation (you know they will write you the new check) you are even emboldened to be persistent with your request, asking over and over again. You’re expected to make that request and they’re expected to meet that need. If we can have that boldness with an employer, how much more with the God who loves us and gave himself up for us?

There are many times we already have what is necessary to fill a need. And there are other times when we can be thankful that we know someone who does have what is required to fill the needs we cannot fill. Whether the need is health, peace, comfort, hope, joy, or N95 masks, right now is definitely one of the latter. Yet, we know our God is faithful and so we are persistent to the point of impertinence having a prayer call every day of the week. As a church, we’ve already seen God start to answer by sending us PPE equipment from all around the world.

Join us, as we see God move.

You can be a part of our daily prayer calls too. We pray together Monday- Friday 7:00 AM and at the weekend at 8:00 AM. Text ‘prayercall’ to 97000 to get the prayer call numbers straight to your phone.

Kenny is a minister at the Every Nation NYC PM service. Moving to New York City in 2016 from North Carolina, Kenny works on everything outreach among other things in our church. When he is not doing a God Test in Union Square or helping people discover their prophetic gifting, you may spot Kenny writing fiction in various coffee shops around the city. Kenny lives in Brooklyn.